On Saturday 5th May, star acts Christian Burrows, Tabitha Jade and Ella Shaw will be coming to Accrington to perform at #AmazingAccrington – Live!

The family-friendly music festival, sponsored by Langtec plus Accrington and Rossendale College, is taking place on Broadway in #AmazingAccrington on Saturday 5th May from 11am-4pm. 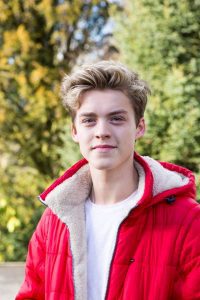 Christian Burrows was a contestant on X-Factor in 2016 – he stunned the judges and viewers with an original song ‘Thunder Buddy’ about his baby brother who passed away at three months of age. Though he didn’t win the show, he has since gone on to establish a music career and released his debut single ‘Two Again’ last summer. Christian is was the main tour support for 2014 X-Factor winner, Ben Haenow, and Boyzlife.

“I’m looking forward to performing at #AmazingAccrington – Live! I’m quite local to the town and it’s always nice to be asked to perform for people close to home. I have performed on huge stages nationwide but there’s something really special about going back to your roots: to the places and the people who have supported your journey since the beginning. I hope people come along and support this fantastic initiative.”

Tabitha Jade is an award-winning performer, with awards under her belt such as: UK National Song Writing Champion, Winner of Battle of The Bands 2016, Best Urban Pop Female Online Unsigned 2017 and Best of British Female Nominee 2017.

“This will be my first time performing in #AmazingAccrington and I’m really excited to be doing so! I love being on stage, it’s my home. Having been in contact with the organisers at Scott Dawson Advertising, I understand how important the music festival is to the town and I’m looking forward to being a part of it all.”

Ella Shaw wrote her first song at the tender age of 11, performing on stage for the first time at the age of 14. Ella is a regular act who performs at many of #AmazingAccrington’s live events.

“I absolutely love performing in Accrington. It’s a small town but one of the best places to come and sing. Thousands of people came to the last event I performed at and they were really excited by the acts; singing along, dancing, cheering and wanting us to do well. It’s a really close-knit community which is clear to see every time I perform and I cannot wait to be back on May 5th.”

The event, organised by Scott Dawson Advertising in partnership with Hyndburn Borough Council, has also been opened up to local singers who wish to perform on the day.

“We really want to shout about #AmazingAccrington, so thought what better way to do that than to have local people performing on stage as well as celebrity acts. This is something we are really enthused about and we know that the community will come and support this, as they always do. It’s a family fun event, suitable for people of all ages!”

The music festival was opened up to local talent in the form of a competition, with two shortlisted acts winning a 30-minute slot on the main stage on the day. Performers were asked to submit video auditions, which will be judged by local lad turned international superstar, Reece Bibby.

“As part of our #AmazingAccrington initiative, we are looking to run this event on the bank holiday weekend to increase footfall and get the tills ringing for shopkeepers in the town. We also want to promote the existing bars and clubs by underpinning the live music they are running from 4 pm onwards, once the main event has finished.”