On the surface, #AmazingAccrington is all about big events … But behind the scenes they are primarily a business leaders’ group. Every quarter business leaders, members of the council and those with influence get together to talk Hyndburn and its place within the UK. 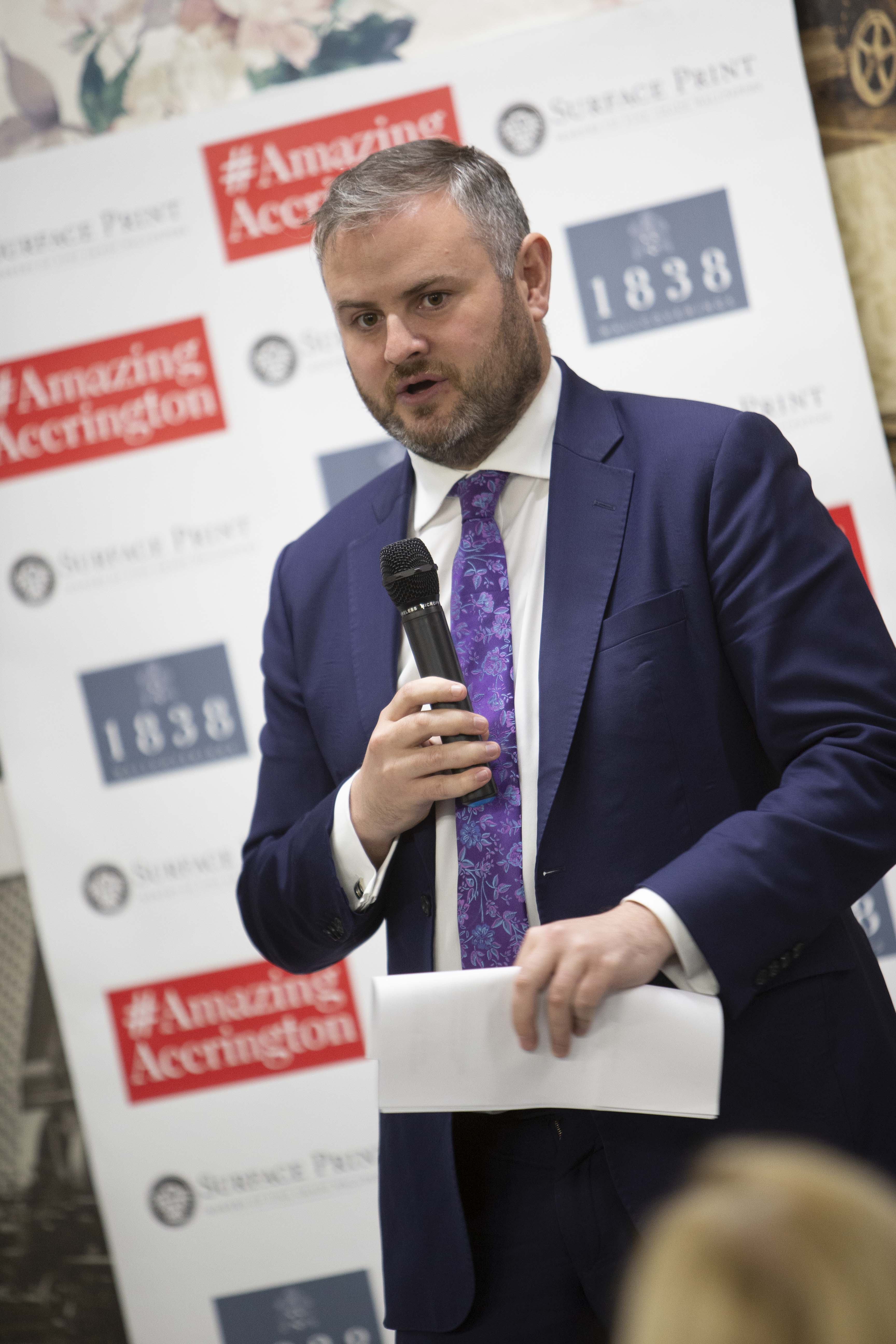 It’s through the support of these inspiring individuals and businesses that the awesome events are made possible, the content for the magazine is created (new edition coming soon!) and new ideas are forged. This time the meeting took place at Surface Print and 1838 Wallcoverings. Now in its 4thgeneration, with working machines as old as 100 years, and exporting to 75 countries including China and Russia, they are one of the UK’s most respected wallpaper manufacturers – ideal hosts for the meeting.

Friday’s discussion was Brexit and the wider economy. Tours were led by James Watson, Managing Director at Surface Print and 1838 Wallcoverings, and his father. Guest speakers included Andrew Stephenson, MP, Minister of State at the Foreign and Commonwealth Office and the Department of International Development; as well as Graham Jones, MP, Hyndburn and Haslingden.

“What we are trying to do as a nation at the moment is to ensure economic growth and prosperity spread across the country instead of focusing just on London. It is recognised that a number of Northern towns are falling behind – we want to work with people to try and improve. My first duty is always East Lancashire, given the business interest we have in the area my focus has very much been trying to sort out local issues, working with Graham and others to sort out connectivity problems, congestion, and so forth.”

When asked by Richard Slater, Editor at Lancashire Business View, about the pending Brexit and the reservations of local people, Andrew said:

“The mood is parliament is changing. People want a change. I still believe we will leave on the basis of a deal but, to get there, I think we have to leave no deal on the table. I know that’s a concern for many people. The view I found travelling round the country visiting 30 businesses a month of different shapes and sizes is that they’re being killed by uncertainty. Orders are on hold because they’re expecting the UK to do something at the end of October – they did the same back in March. We cannot keep extending, that’s worse than no deal. Leaving on October 31st, come what may, is the sensible approach … but I do think we will be leaving with a deal.” 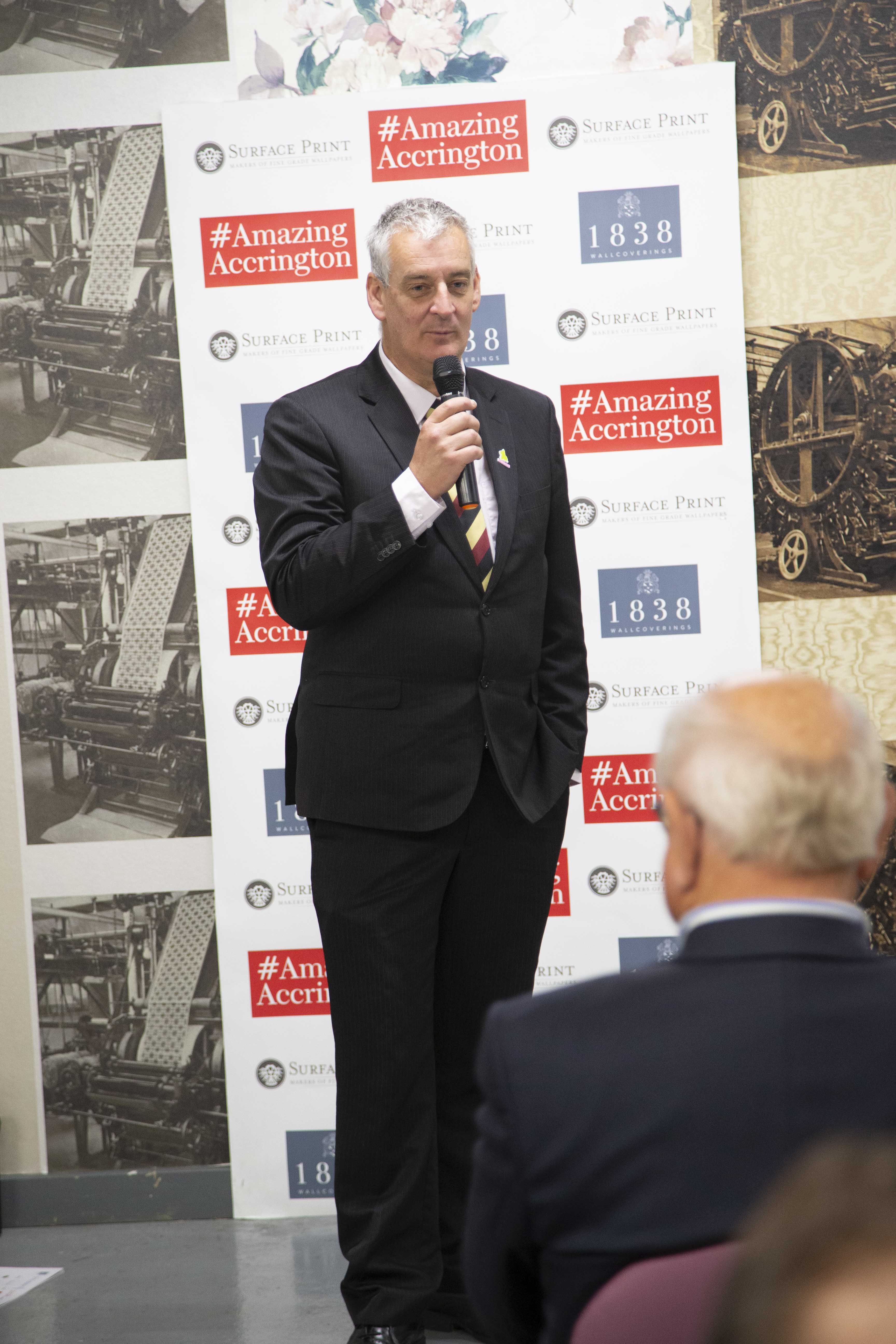 “It’s great to come to Surface Print; a first-class product and it just goes to show what this area manufactures and the breadth of sales we have using the skills we have across the globe. People have seen one side of #AmazingAccrington through the events but it’s also about the business; to talk about strategic issues, to have conversations amongst themselves about what is best for Hyndburn. We have got to project Accrington to the rest of the country and abroad, and that’s what these meetings do.”

“The whole #AmazingAccrington group is fantastic really for bringing business leaders and the community together which has benefitted ourselves massively.”

“It was fantastic to have both Andrew and Graham come to the meeting. The one thing that struck me the most is that you’d never have known they were opposing parties – they just got on like friends. Even though they play for opposite teams we got his overwhelming feeling they just want the best for East Lancashire. Through these relationships with can promote our borough as a hub for business, growth andthe community. I want to extend my thanks to everyone who did attend, it was a great turnout and really reflective of the engagement between business and community that Hyndburn is finally starting to reap the benefits of.”

If you want to attend the next #AmazingAccrington Business Leaders meeting sign up via the website: www.amazingaccrington.co.uk 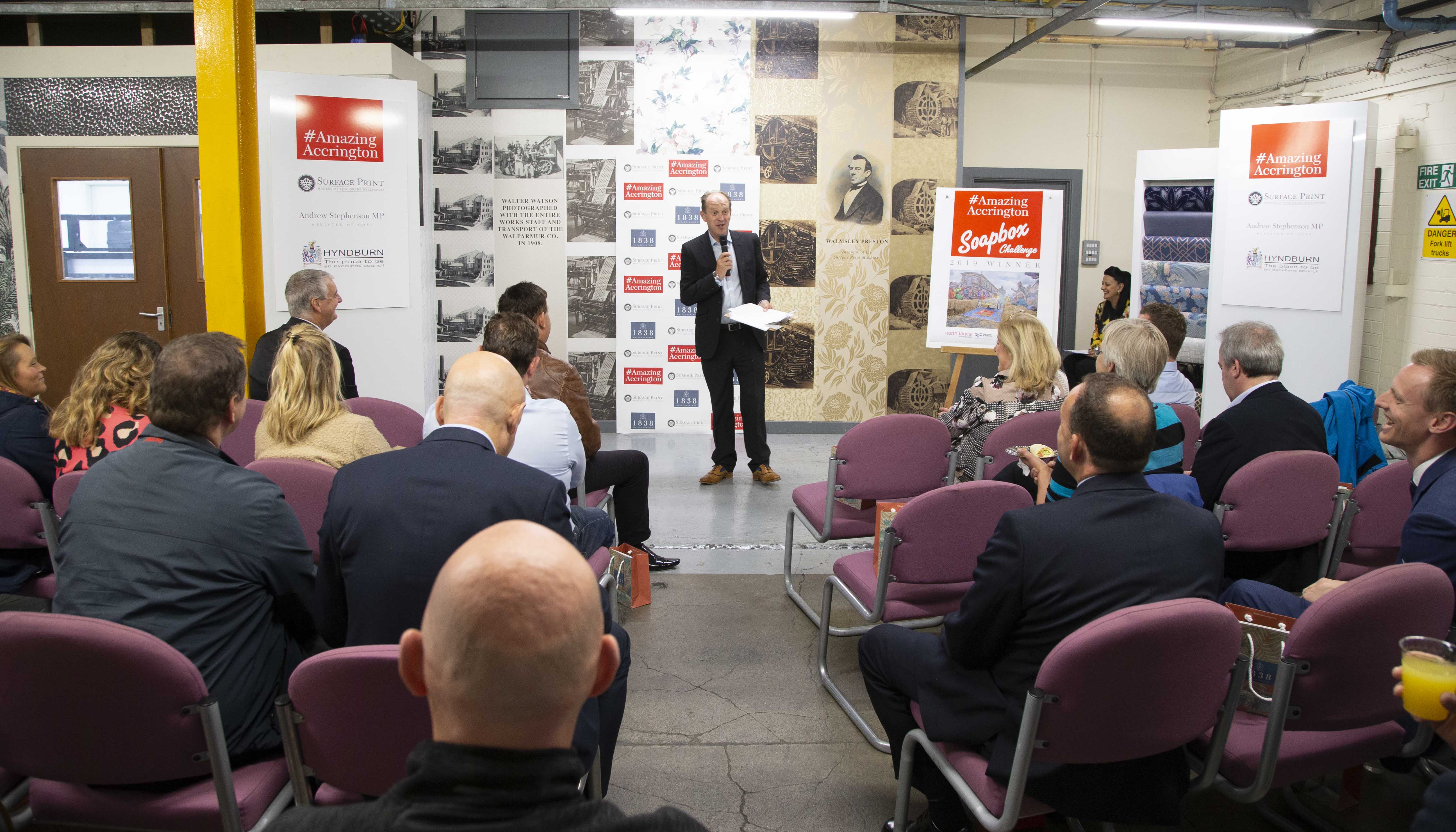 Murray Dawson, Chairman of #AmazingAccrington initiative, welcomes the business leaders and council members to the meeting