MAYOR MAKING AND FREEDOM OF THE BOROUGH

Community was the word on everyone’s lips at Accrington Town Hall on Saturday as Cllr Mohammad Ayub was installed as Mayor, and David ‘Bumble’ Lloyd and Bernard Dawson were presented with the Freedom of the Borough, in recognition of their outstanding achievements and service to the area.

All three spoke about the importance of community and being proud of their roots.

Cllr Ayub said; “It was wonderful to be amongst the Hyndburn community to share my Mayor Making. It is a great honour to serve as Mayor and the day was very emotional for me to be surrounded by my family, friends and colleagues and thinking about how my late parents would have been so proud. I’m always proud of Hyndburn and was never more so than at my Mayor Making ceremony.”

David ‘Bumble’ Lloyd; talked about his time as a young lad in Accrington and his strong links with the town through cricket and football and how happy he is to see Accrington Stanley’s current success.  David said; “I was brought up on Water St in Accrington, my family still live in Accrington and I’m back here most weeks when I’m not away working. We’ve talked about community a lot and by coming together as a community we can make an impact.”  Of the day, he said; “It was a lovely ceremony with communities coming together.”

Bernard Dawson said; “David and I were brought up in Accrington just streets apart and I remember when we were lads together.  Being awarded the Freedom of the Borough is a great honour; I’ve enjoyed my 38 years on the Council and feel lucky to be part of such a close-knit community.”

David ’Bumble’ Lloyd was born and raised in Accrington and rose to fame playing cricket for Accrington Cricket Club, Lancashire and England. He captained his County between 1973 and 1977 and after retiring in 1985 became a First Class Umpire and went on to coach both Lancashire and England. A sportsman of many talents, David played semi-professional football for Accrington Stanley Football Club and continues to be a keen supporter. Since 1999 David has been a regular Sky Sports cricket commentator. At the height of his cricketing prowess David gave up some of his valuable time to officially open Hyndburn Sports Centre in 1977 and throughout his career has always championed Accrington.

Council Leader, Cllr Miles Parkinson, said; “Bumble is a cricket legend, with a sparkling career spanning over 50 years as cricketer, coach, and umpire and most recently as a mmuch-lovedbroadcaster, bringing lots of colour and fun to the game with his renowned commentary. A former Accrington lad, brought up on Water St, David is a wonderful ambassador for Accrington who has never forgotten his roots and who has always been a keen supporter of Accrington Stanley.  We’re immensely proud to call David ‘Bumble’ Lloyd one of our own, and to recognise his outstanding achievements and contribution to the Borough with the highest award the Council can bestow, the Freedom of the Borough.”

Former Huncoat Councillor, Bernard Dawson, stepped down from the Council in May after serving the Borough for 38 years, 34 of those representing the residents of Peel Ward and 4 years representing Huncoat Ward, Accrington.  Bernard also served as the Borough’s Mayor in 1999/2000 and since 2013/14 has served as a Lancashire County Councillor for the Accrington South Division.

Council Leader, Cllr Miles Parkinson, said; “Bernard stepped down from the political crease after 38 years to watch from the side-lines instead. A cheerful, unassuming and extremely popular member, we’ve lost count of the runs he’s made over the years walking the streets of Accrington, talking to residents and resolving all types of issues.  Bernard’s always been one of our main players and, as Chair of the Economic Regeneration Committee for many years, was responsible for much of the regeneration work around the Borough, making a huge difference to the area. Bernard is missed by both our residents and everyone at the Council and is a well-deserved recipient of the Freedom of the Borough.”

Mayor Making also featured a Civic Parade, head over to our Facebook page for the pictures of the day. 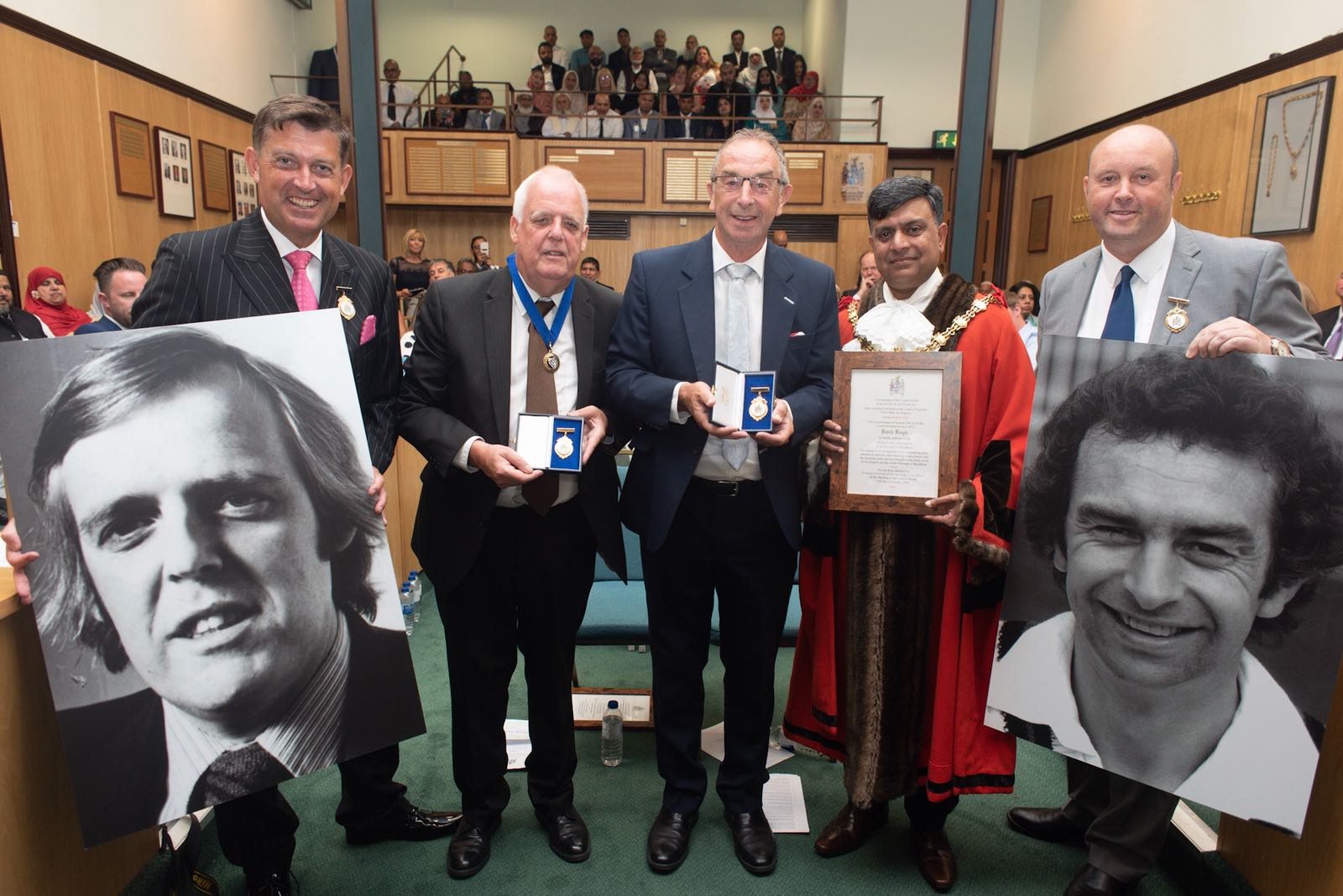 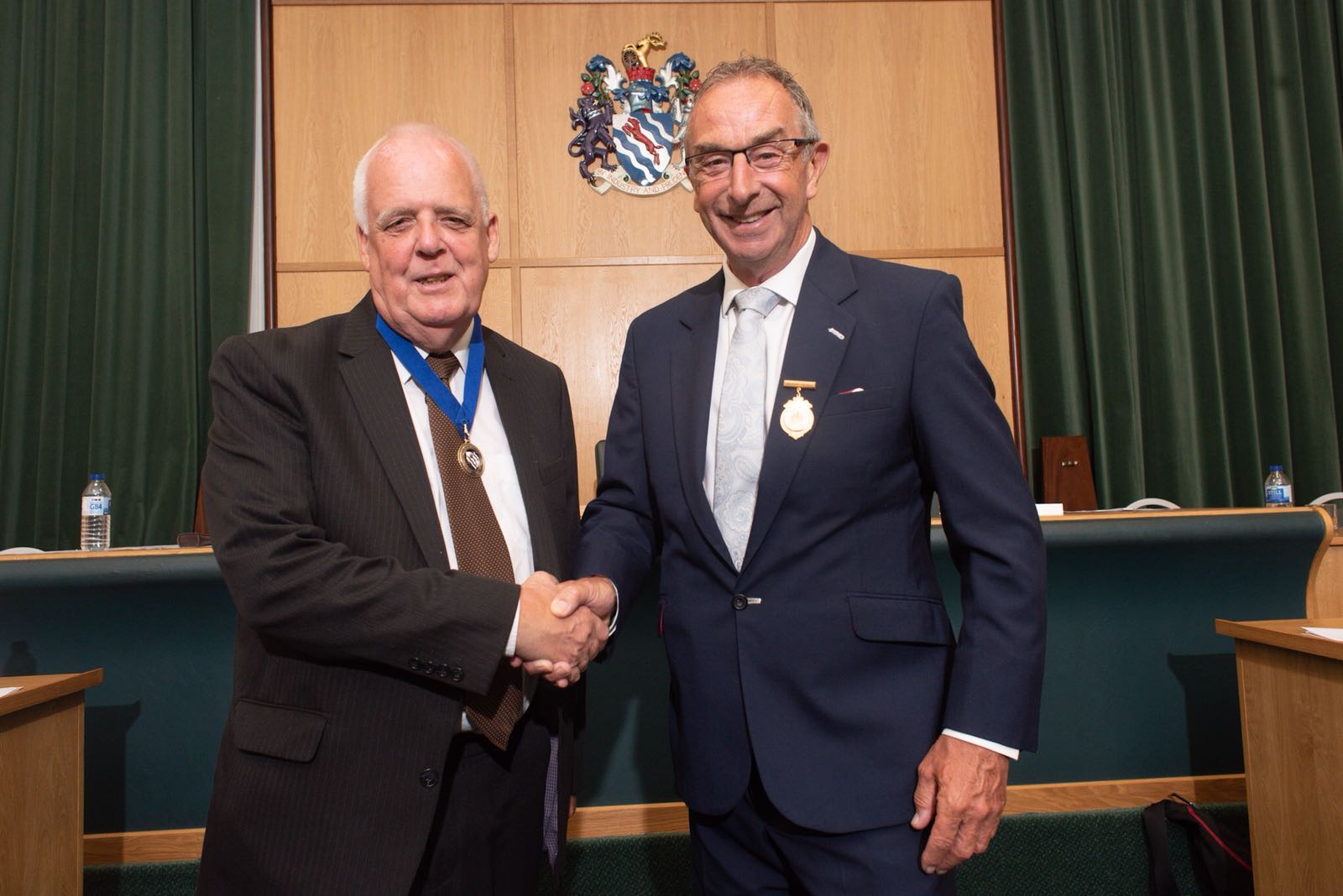 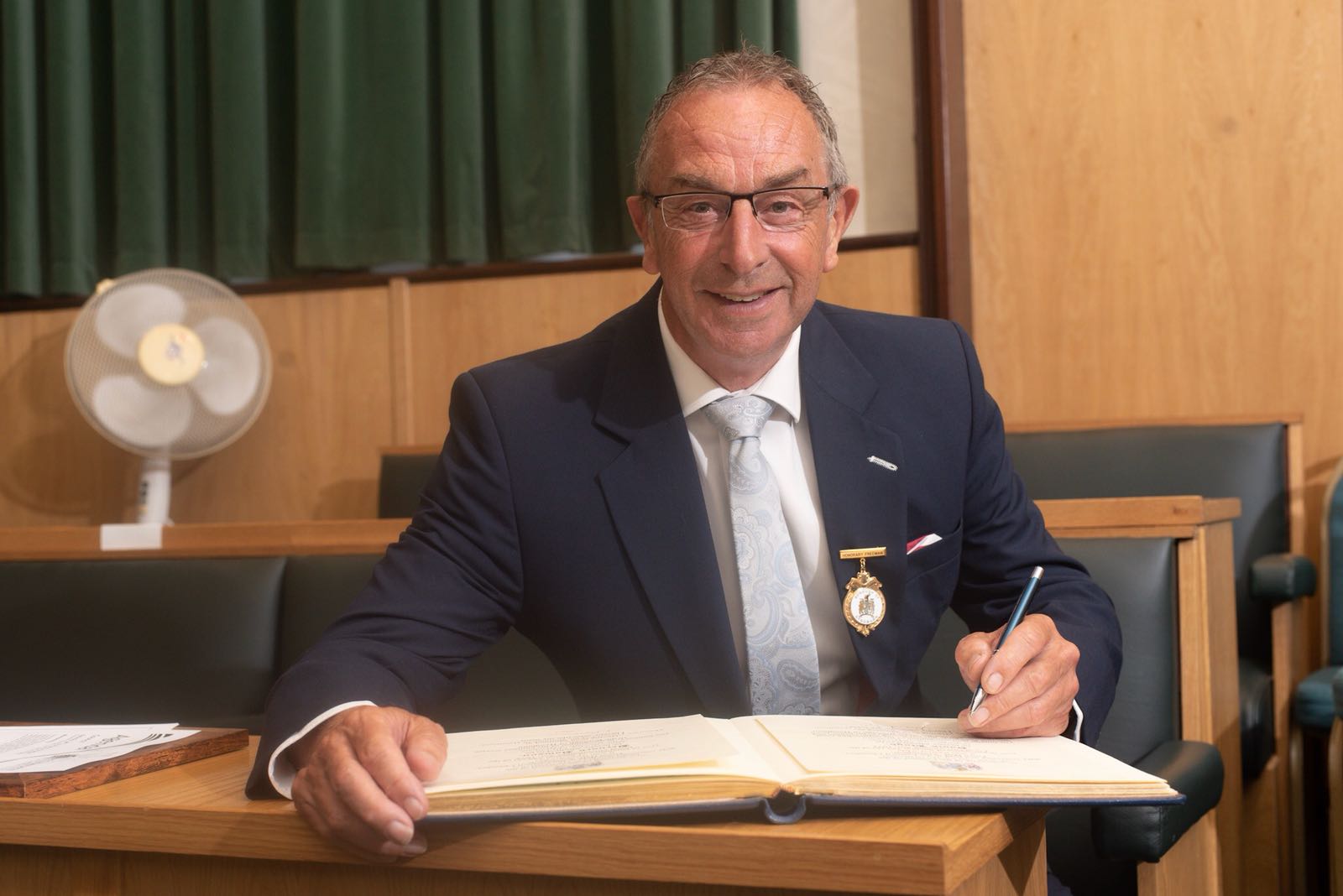 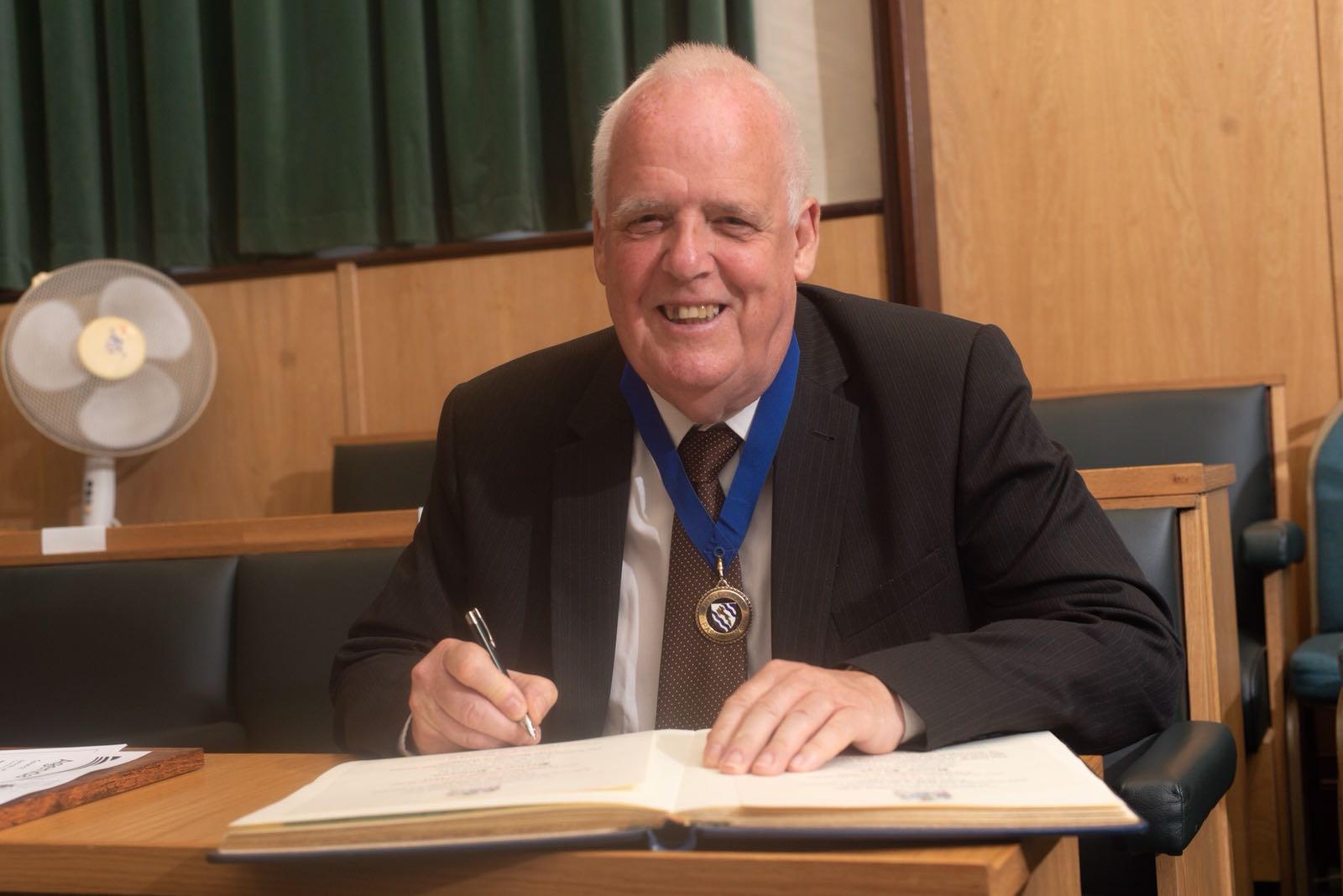