What is the one thing ‘punk football’ team, Bearfight FC, and Accrington Stanley FC have in common? 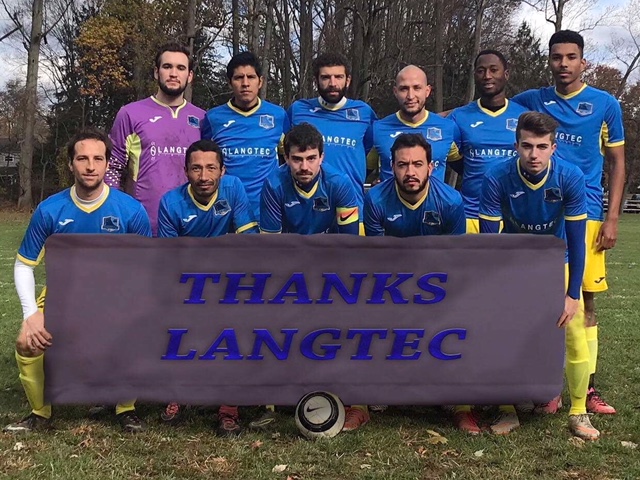 Bearfight FC say thank you to Langtec for sponsorship support

Based in #AmazingAccrington, specialist composite tubing manufacturers, Langtec, take great pride in being perimeter board sponsors for the local football club, Accrington Stanley. Having been established for over 50 years, delivering worldwide and understanding the need to share the Langtec name, they decided to start sponsoring a ‘punk football’ Delaware-based team too.

‘Punk football’ describes a team that is doing it all themselves: they are player and supporter owned with each member having an equal vote.

“We have found over the years that sponsorship of sports clubs is an effective way to spread the Langtec name and helps to develop sport for the benefit of those communities. Bearfight FC is a supporter-owned club attempting to change the face of American soccer from the ground up and is actively engaged in community programmes in their hometown of Wilmington, Delaware which also happens to be the home of one of our U.S. agents. Their philosophy of ‘family, loyalty, inclusion’ fits perfectly with our own values as does their ethos of punk football – doing everything for yourselves. We just had to sponsor them!”

During a December meeting, Jeremy Sharpe, President and Founding Member of Bearfight FC, revealed to Andrew that he is a huge Billy Kee fan. Upon being asked why, he said:

“I was reading on his social media about his health problems and how he overcame them with the club’s support. I think it shows incredible strength to be so open about some of the things Billy talked about, including his depression, and I have such admiration for the guy. I’d love to meet him one day to say thanks for inspiring, but I suppose being over 3,000 miles away makes it a bit difficult!”

For more information about Bearfight FC and to learn more about punk football visit www.bearfightfc.com