NEAR DEATH…TO DEVELOPING A THIRD EYE!

In the second part of our interview, Lancashire boy turned rock star, Jon Anderson, talks about his life’s journey and finding an inner spiritual connection with a musical career that stemmed from his time at an Accrington primary school. 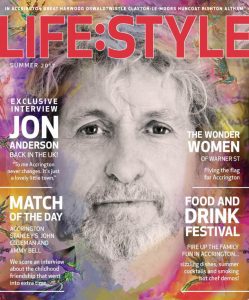 In 2008 at the age of 64 Jon, a founding member of rock band Yes, thought he had met the end. An unexpected asthma attack left him in the arms of his wife Jane and resulted in a three-month hospital stay in San Francisco. His fate was in her hands and he speaks fondly of Jane and her importance on that pinnacle day where he almost died. “But for the immediate reaction of my wife, I surely would have, she was wonderful and absolutely saved my life. ”

Recalling his time in hospital after this attack Jon talks about the repercussions on his day to day life. “It’s important that I don’t eat nuts or seeds or spices, and I particularly like spices” he jokes. It also altered the path of his career, he brieﬂy mentions his replacement in Yes. 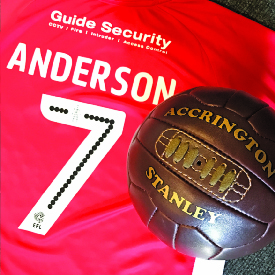 Jon is a Accrington Stanley Fan at heart

“Nobody in the band told me I had been replaced. Illness kept me oﬀ the road for a year and Yes replaced me with Benoit David. ” His replacement was a sound-alike who has fronted a tribute band named Close to The Edge. It’s clear this was a painful experience for him at ﬁrst but always a glass half full person, Jon adds, “now people come and see me and I feel I’m 30 years younger. ” This positive outlook has continued and taken him on a journey of meditation and serenity.

Reﬂecting on his adolescent years, Jon tries to pinpoint the moment that meditation captured his interest. He talks of leaving school at 14 and his lack of interest in education as a teenager. “I didn’t really get into reading until I was 21 when I started with an amazing book called ‘The Third Eye’ by Vera Stanley Alder. ” As a starting point for his new-found interest, the book discusses secrets of breathing, colour, sound, diet, exercise and how these can be harnessed to develop the third eye. His interest was sparked and made the decision to try and ﬁnd a spiritual connection.

“I tried to meditate for years and years,” he told us, explaining that everyone has the potential to ﬁnd their connection. “I got the theory about making the ego mind go quiet. 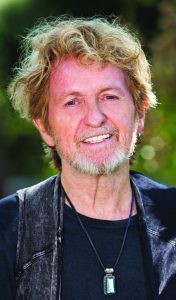 Some years later after ﬁnishing a concert, Jon had a chance meeting. “A lady came by saying she was connected to the Divine Mother Flora of Hawaii. ” Divine Mother is a Guru and Jon was no stranger to meeting Gurus after his travels, so he already had some interest and understanding in the Divine Mother Flora. This twinned with the lady’s persistence, repeated calling and her eagerness for Jon and the Guru to come together, meant that he eventually agreed to meet her.

“I went into this room with ﬂowers everywhere and this little lady sitting on a couch reminded me of my mum.

After spending some time with the Guru, it became apparent to her that Jon was eager to learn meditation. Jon had been trying to meditate for around 10 years by this point and wasn’t expecting what happened next.

After the Guru said a mantra for him, he was thrown into a new experience.

“All of a sudden I was in a new world with a lovely cocoon of energy and beauty for about half an hour. I had learnt to deep breathe at that time and when I came out of that beautiful moment she said ‘now, you will have to practise to get there every day’.

This is exactly what Jon did, he practised and practised. Acknowledging that it sounds strange, he urges people that it’s something you have to experience to understand. “No mind at all, just glorious energy. ” Meditation has existed for thousands of years before Christ and Jon believed it teaches people how to transform their mind “from negative to positive, from disturbed to peaceful, from unhappy to happy”.

This frame of mind has meant that despite worldwide fame, Jon has kept his humility. “I’m not a rock star, just a musician enjoying life. ” With celebrity status maybe it’s even more important to stay in touch with nature and follow a lifestyle that isn’t focused on materialism and possessions. It’s clear to anyone who talks to Jon that alongside his passion for seeking divine energy, he has a deep-rooted love of music. Throughout our conversation music, his inspirations and his parents inﬂuence is an ever-present theme. 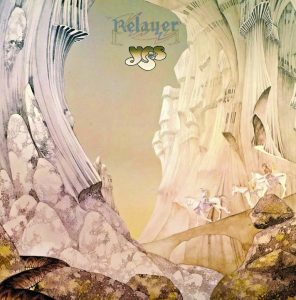 His father Albert was from Glasgow and served in the Army whilst his mother Kathleen worked in the cotton mills of Accrington. From a very early age music was part of their household, from professional ballroom dancing parents (a large cup proudly displayed on the mantelpiece gave testimony to this) to his Dad playing harmonica in the house. Growing up listening to bands such as The Beatles, The Who, Rolling Stones and The Birds clearly had its inﬂuence on Jon.

“As a child, I always listened to music. The ﬁrst song that changed me was a song called Tomorrow Never Knows on the Beatles album Revolver which was their ﬁnal live project before retirement… The song wasn’t a hit but the lyrics were great. ” He goes on to ﬁnd similarity with Yes and their modest list of top hits “that didn’t matter, what drove us was producing great music… music touches our hearts on so many levels. ”

It’s hard to pinpoint when his music career started, from getting in trouble for singing too loud in class or playing the washboard in ‘Little John’s Skiﬄe Group’ performing songs by Lonnie Donegan. It’s clear music was part of his everyday life at his Accrington primary school. Leaving school young and moving on to a job as a farm-hand when his father became unwell, “and I worked as both a lorry driver transporting Accrington bricks and as a milkman. ” Jon is a born and bred supporter of Accrington Stanley. He jokingly claims that if it wasn’t for his height he would have become a player for them.

The turning point that led to Jon leaving his farm job and pursuing music as a career was seeing The Beatles play. In his pursuit to “becoming a Beatle” he joined a band in 1962 called ‘The Warriors’, dropped the ‘h’ from his name in 1970… and the rest is history!

For 72-year-old Jon, life has taken him across the world from friendships with international musicians, to spiritual journeys with Gurus, to American citizenship. It was a pleasure to hear his enthusiasm and fond memories from a childhood here in Accrington.